At the southern end of Swanage Bay, has a promenade deck of about 1500 feet.

The original Swanage Pier, which was 750 feet long and contained a tramway that ran the length of the pier and some distance along the seashore, was erected between 1859 and 1860 for use largely by the local stone quarrying industry. The ancient railways are still visible today, incorporated into the coastal promenade.

When local merchant George Burt established regular boat services between Swanage and adjacent towns Poole and Bournemouth in 1874, it became clear that a second pier, dedicated to passenger steamers, was required. The new pier was completed in 1895 and was initially used by a steamship in 1896. On March 29, 1897, the pier was formally opened to traffic. 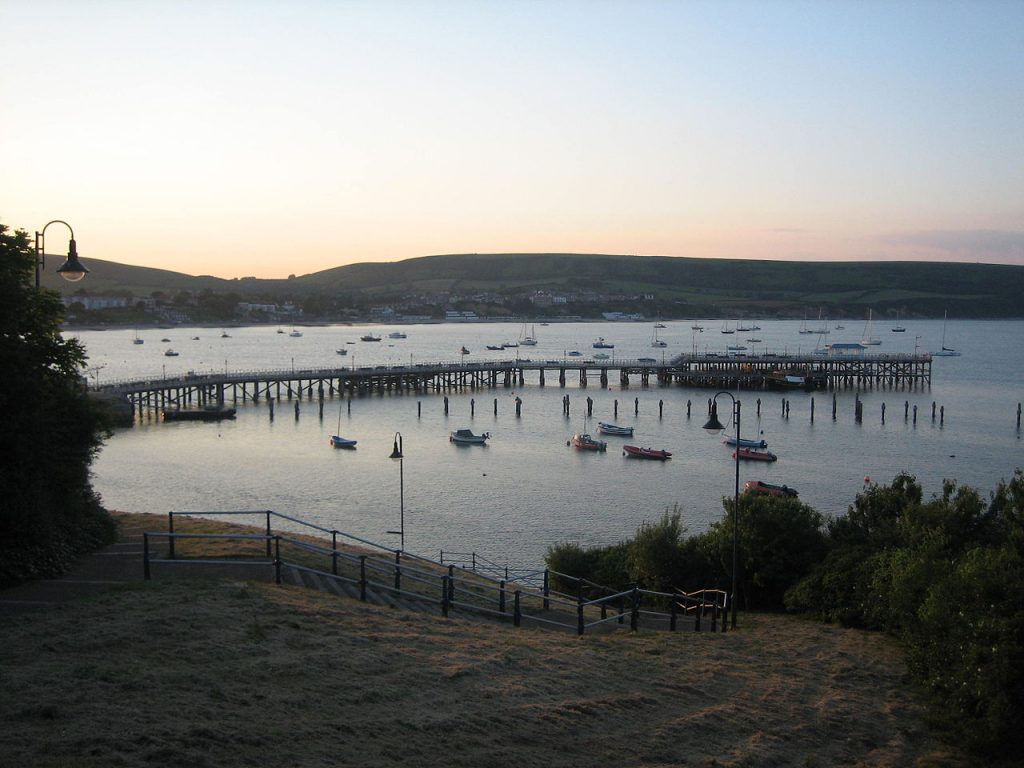 While the rebuilt pier continued to operate until 1966, the older original pier began to deteriorate along with the stone business it supported a few years earlier. The timber piles are all that is left of the ancient pier today. 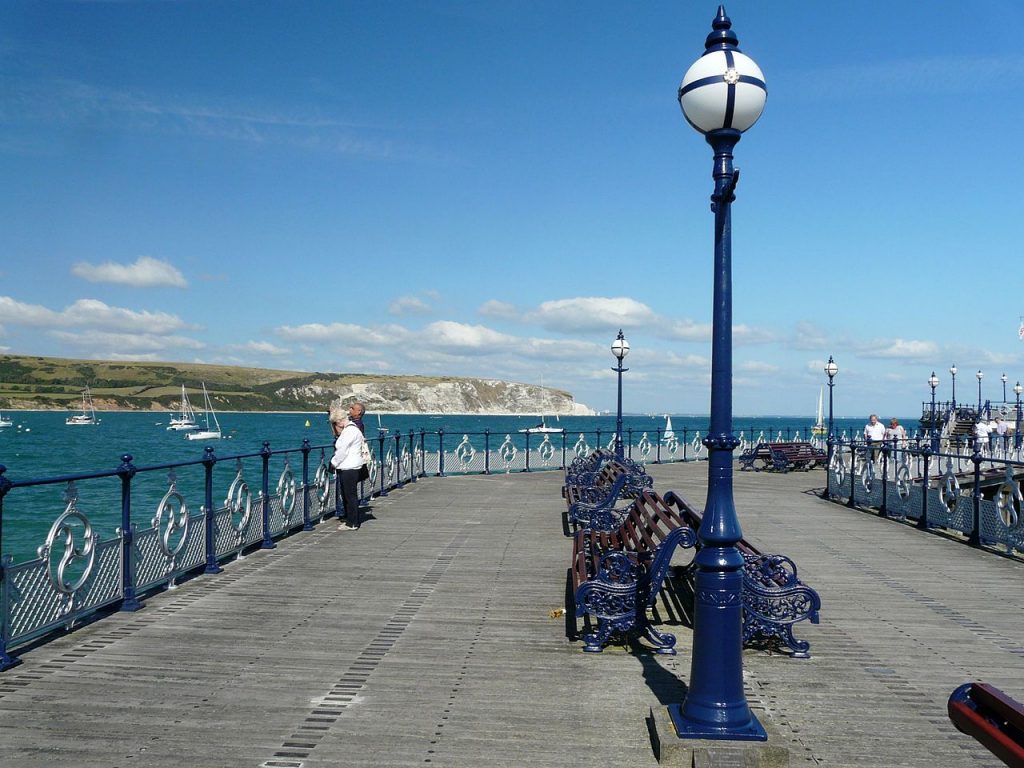